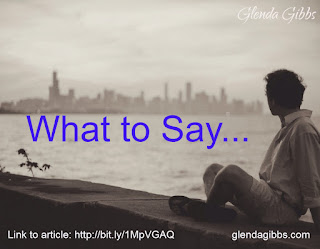 Several years ago I was working with a couple who were deciding whether they wanted to continue their marriage or bring it to an end; they chose the latter. Both were concerned about the family gossip. They didn’t want to feed the gossip, so what were they to say?

I suggested for them to share they were ending their marriage because they were no longer bringing out the best in each other. I also suggested they didn’t need to say any more or less.


Though being human … there are times when we feel we have to explain ourselves, especially to family and friends and sometimes the emotion button is activated.

Have you ever said something in the heat of the moment only wishing you could retrieve it? Saying a little bit and it didn’t seem like it was enough to make sense, so you felt the need to say more and it wasn’t enough either, oh gosh… feeling yourself getting in deeper and deeper?

Being human … some of us have too much time on our hands … and we gossip. Where there is gossip there is drama and nothing good comes from either.

Wayne Dyer the “father of motivation” shares when his children would begin to gossip, he wouldn’t participate. He would say since (child’s name) isn’t here to defend themselves I will. That brought a halt to the gossip and drama.

Bringing out the best … is a conscious decision looking beyond our immediate needs and determining that which serves the highest good of all and implementing it.

“When we gain control of our mind, our True Nature automatically shines forth in all its radiance.” –John Welshons, author of  "One Soul, One Love, One Heart"

To your best life!